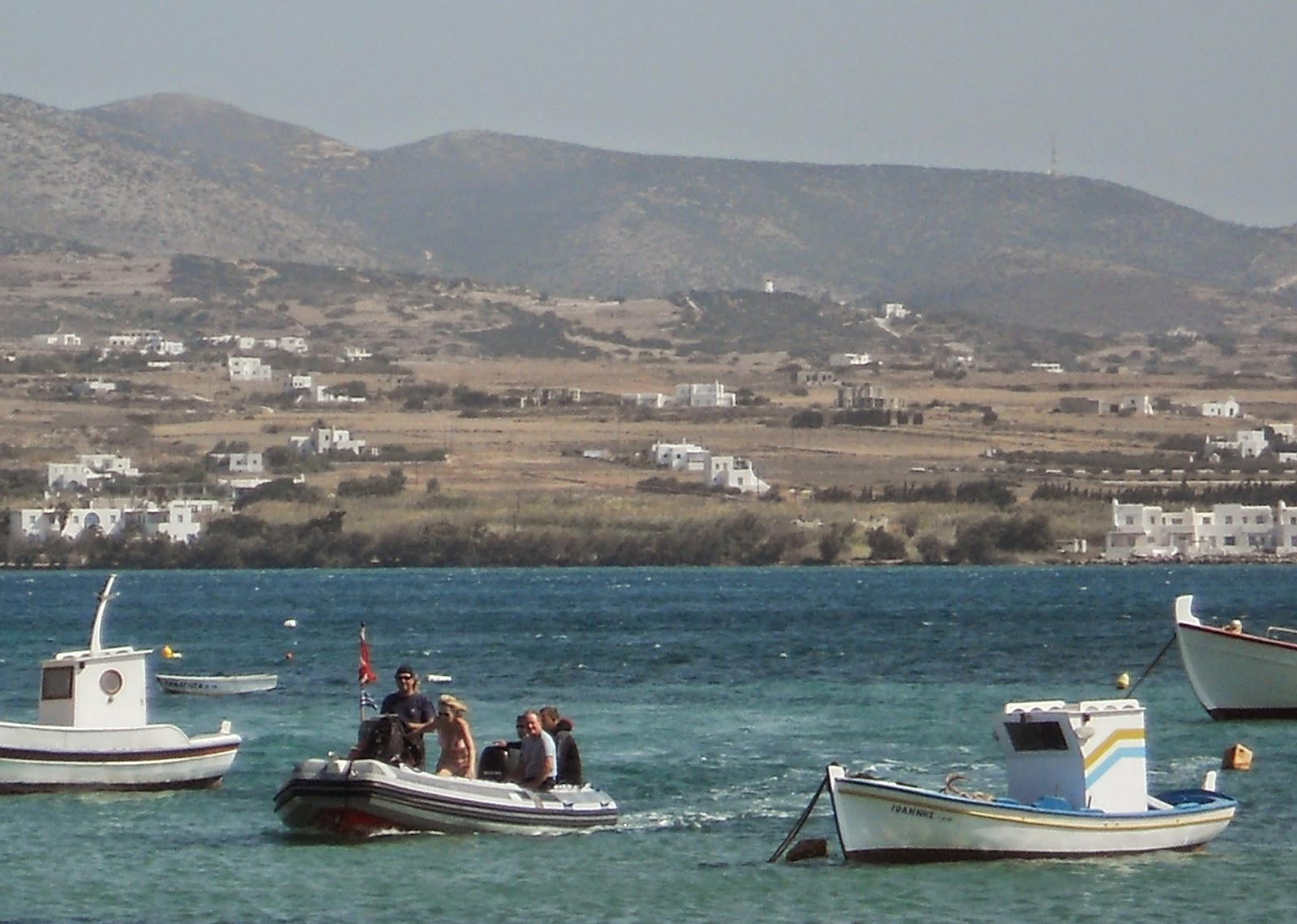 There are many potential benefits of changing jobs. For me, high on the list is grabbing a little pocket of freedom in between the grind. Doing just that a couple of years back, I managed to squeeze out six late summer weeks and ran away to our troubled European partners, Greece. I spent a month of this time on the small Cycladic island of Antiparos. Warm people, hot sun, clear waters and culture. Add a dive school with a good reputation, my long held desire to complete my Divemaster qualification and it seemed like the best possible use of my time. The only potential blip in the plan – apart from the possibility of Greek strikes stranding me on the island indefinitely – if only – was the standard of the diving. The Mediterranean is not exactly famed for its world class dips into the blue. Too far north for significant reef live and over-fished from every angle, there was a chance I would leave disappointed, spoilt as I have been by my tropical diving to date. BLUE ISLAND DIVERS Situated at the far inward corner of the idyllic old harbour, Gary has owned this place for the past few years, since taking the courageous step of running away from the endless Mancunian rain and a job in IT. Through the dive school he met Albena, a bubbly Bulgarian who became a co-owner. Peter, a South African educated Greek was the second instructor and, for that summer, the team was completed by Emma and Simon, two Brits straight out of uni and working the summer in the sunshine. 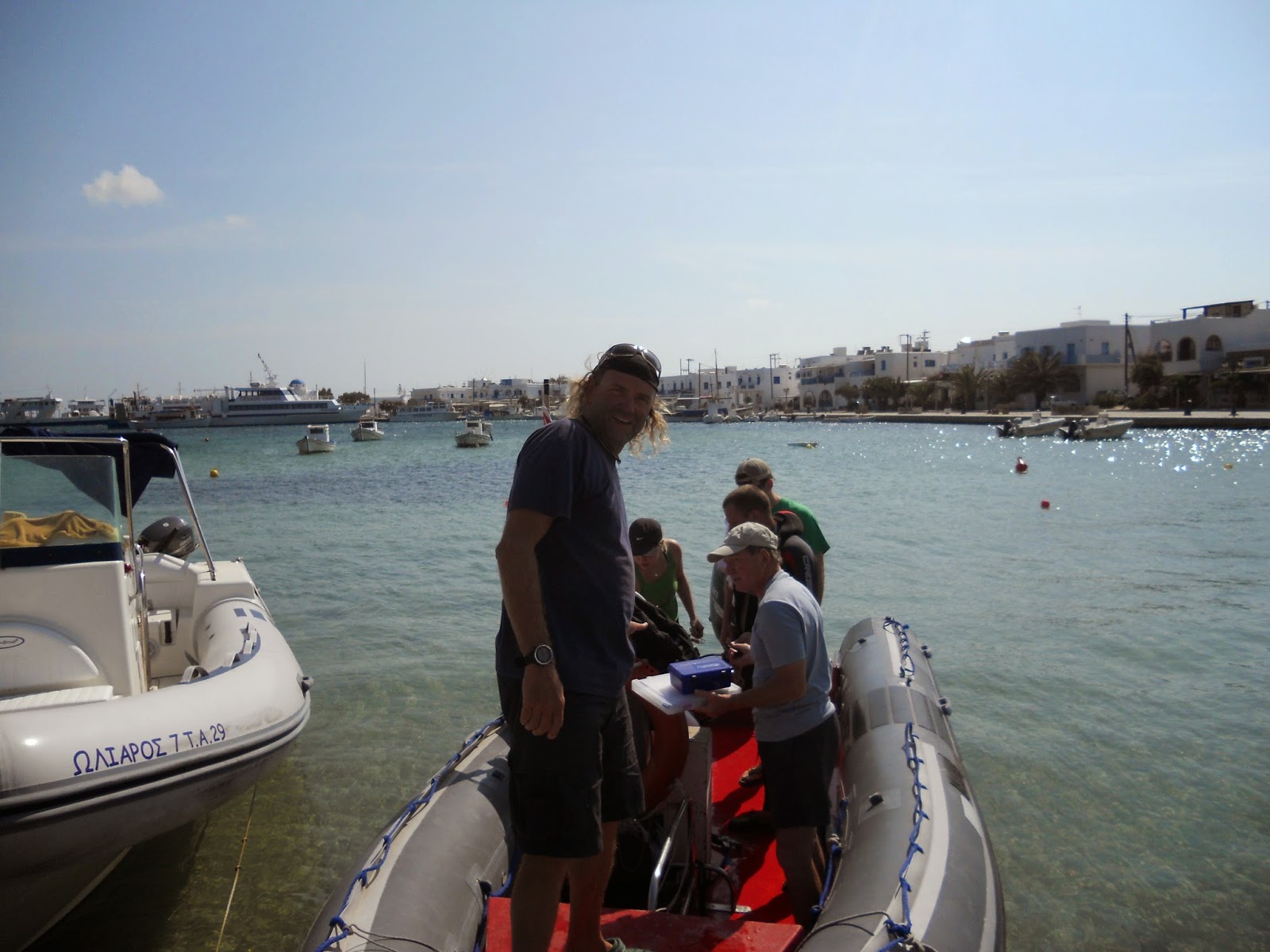 Whenever you join a group of people towards the end of a season, you inevitably feel a bit of a plus one, but within a short time I felt at home with what was a good crowd  or “paraia”, as the Greeks would better put it. Each day I would roll out of bed, complete the 300m commute along the sea front to the dive-shop and see what the day had in store. The Divemaster is the first step on the professional dive ladder, so requires a lot of box ticking. From the start it was clear to me that this was not simply a case of logging dives for a few weeks. From timed swims, to mapping, dive rescue scenarios, lengthy tread-waters, exams and navigation, there was a lot to fit in and much to learn. 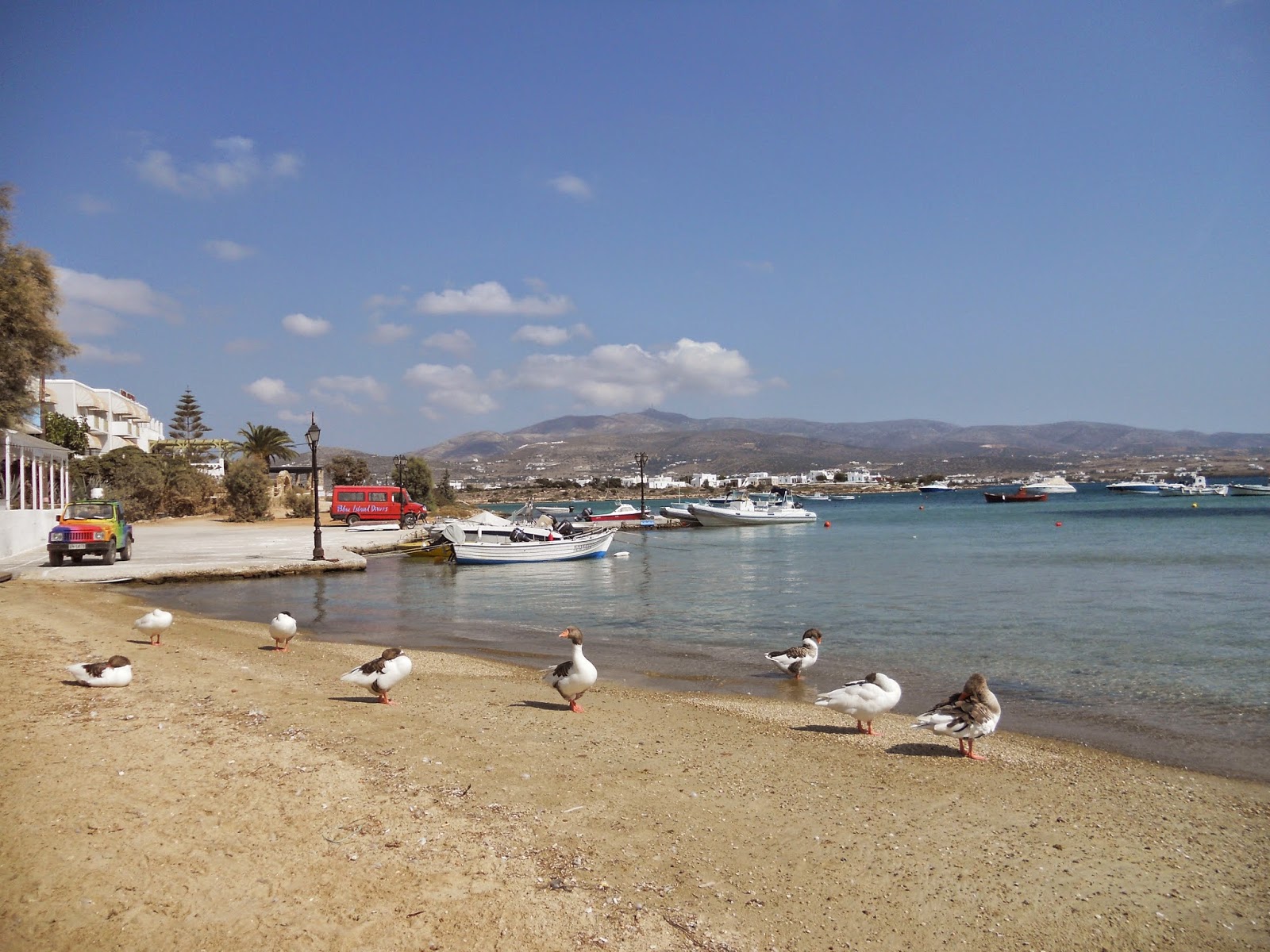 Outside the Diving Centre on Antiparos

Day one started with Peter giving me a lengthy lecture on the history of diving and dive law in Greece. Unsurprisingly, this was a tale of corruption, bureaucracy and a fundamental misunderstanding of how a well-regulated dive industry could work to the benefit of the country and its underwater life. This was further illustrated by many anecdotes Peter shared over the next few weeks, a typical example being the banning of dive trips near ancient wrecks. The aim was to limit theft, but instead removed the only people with the combined means (regular site trips) and interest (long term success of the dive-shops) to protect the sites for posterity, rendering them open for unsanctioned divers to thieve at will. Fortunately, the Greek diving equivalent of the Big Bang in 2005 opened up the industry and gave opportunities for places like Blue Island Divers to show just how much the Greek seas have to offer. A classic case of deregulation improving things for all but a few pocket-lining cronies of the old protected regime. THE UNDERWATER LIFE So how good is Greek diving? Well, the short answer is, at least around this little island, good. Don’t get me wrong, there are many places in the world with more spectacular sea life. The unfortunate truth is that the Mediterranean is largely fished out. Your chances of seeing something large and pelagic are very low. Turtles, sharks and seals are out there somewhere, but in ever dwindling numbers.  Monachus Monachus is a good example. The small Mediterranean monk seal used to be widespread, but is now largely restricted to a small protected area in the Sporades. There are rumoured to be a couple left around Paros/Antiparos, but if they are still clinging on, their days are numbered. A depressing state of affairs, which has made me a fervent supporter of the efforts of Green Peace and others to create large no-fish zones in the Aegean. 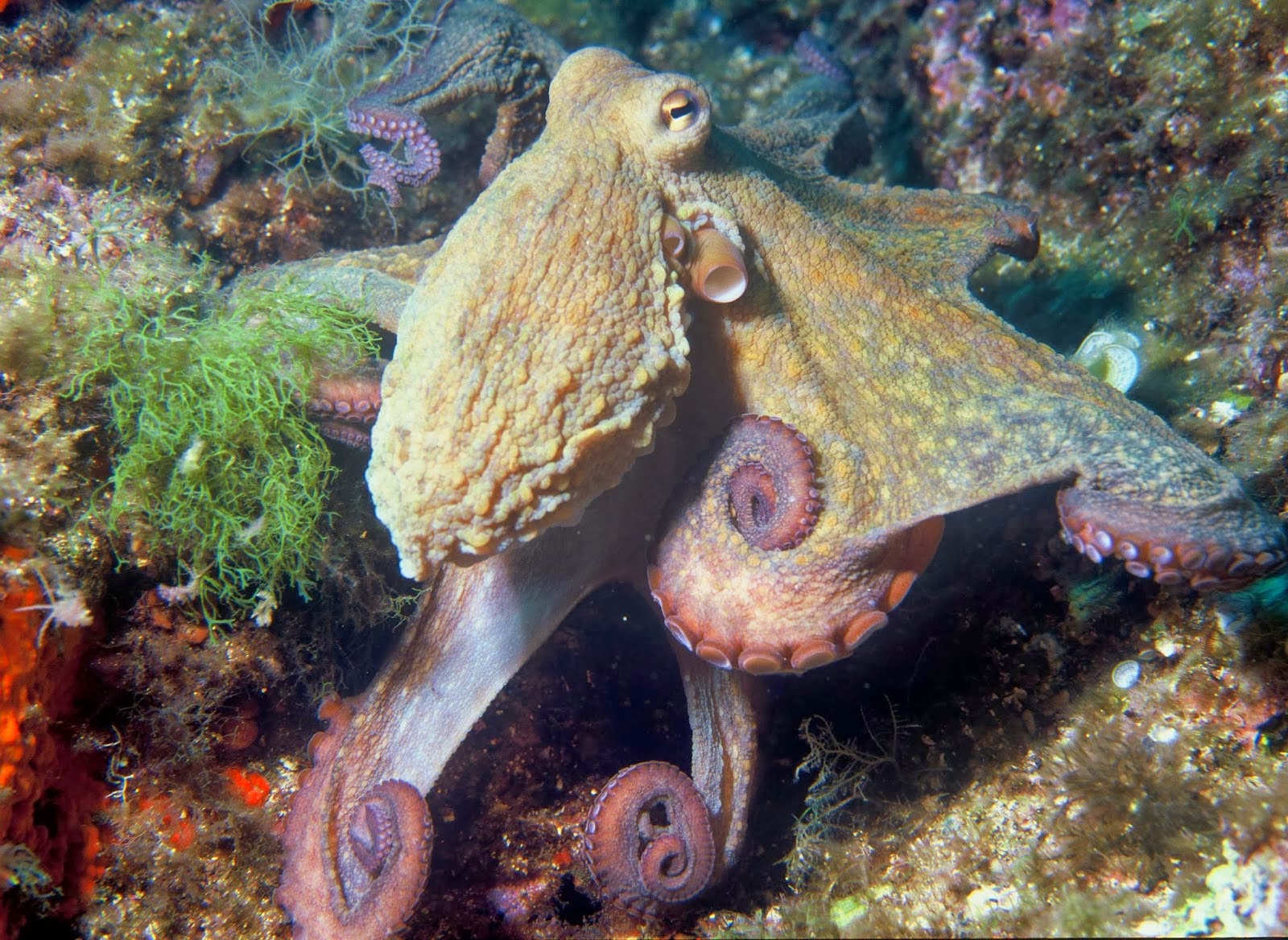 So what do you see? Plenty of small to medium sized fish. On a typical dive you might see a dozen varieties, including the odd reasonable shoal. The more interesting Med inhabitants that I have enjoyed saying hello to include morays, squid, fire worms, scorpion fish and octopi. There are some big groupers hanging around, but very wary of humans – not surprising given the Greek obsession with spear-fishing them. There are also a wide variety of sponges, small coral and tube worms. If you are brought up diving on tropical reefs, this may be a little underwhelming, but you know what, the more time I spent diving around Antiparos the more I enjoyed it. I liken it to rambling through a European woodland. Just because you have visited tropical rainforest should not reduce your enjoyment of your local woods. On the contrary, a lack of the big ticket stuff allows you to focus on some of the equally interesting yet small critters. That said, give me an orang-utan over a squirrel any day…